You are here: Home \ Varia \ The McWilliamses & the Burglar Alarm – Part II
Varia
0

Mark Twain was one of America’s most prolific humorists. Best known for such classics as Huckleberry Finn and The Adventures of Tom Sawyer, Mr. Twain was also famous for his insightful tales about the experiences faced by peoples they lived their daily lives. In Part 1 of this story we were made privy to a [...]
Written by: CSI Magazine 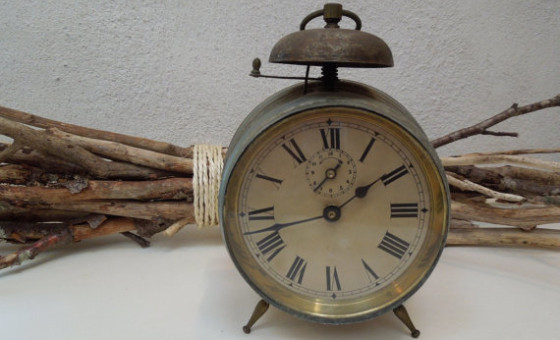 Mark Twain was one of America’s most prolific humorists. Best known for such classics as Huckleberry Finn and The Adventures of Tom Sawyer, Mr. Twain was also famous for his insightful tales about the experiences faced by peoples they lived their daily lives.

In Part 1 of this story we were made privy to a conversation between Mr. McWilliams and Mark Twain. Mr. McWilliams related how, finding himself with some extra funds after building his new home, he arranged to have a burglar alarm installed. Later, having met intruders on both his second and third floors of his home (each time without activation of the alarm), each floor was added to the alarm system at considerable cost.

As their train ride continues, we once again listen in on their conversation:

The McWilliamses and the Burglar Alarm - Part II

By this time the “annunciator” had grown to formidable dimensions. It had forty-seven tags on it, marked with the names of the various rooms and chimneys, and it occupied the space of an ordinary wardrobe. The gong was the size of a washbowl, and was placed above the head of our bed. There was a wire from the house to the coachman’s quarters in the stable, and a noble gong along side his pillow.

We should have been comfortable now but for one defect. Every morning a five the cook opened the kitchen door, in the way of business, and rip went that gong! The first time this happened I thought the last day was come sure. I didn’t think it in bed – no but out of it- for the first effect of that frightful gong was to hurl you across the house and slam you against the wall, and then curl you up and squirm you like a spider on a stove lid, till somebody shuts the kitchen door. In solid fact, there is no clamour that is even remotely comparable to the dire clamour which that gong makes. Well, this catastrophe happened every morning regularly at five o’clock, and lost us three hours sleep; for, mind you, when the thing wakes you, it doesn’t merely wake you in spots; it wakes you all over, conscience and all, and you are good for eighteen hours of wide-awakeness subsequently – eighteen hours of the very most inconceivable wide-awakness that you ever experienced in your life. A stranger died on our hands one time, and we vacated and left him in our room overnight. Did that stranger wait for general judgement? No sir; he got up at five the next morning in the most prompt and unostentatious way. I knew he would; I knew it might well. He collected his life insurance, and lived happy ever after, for there was plenty of proof as to the perfect squareness of his death.

Well we were gradually fading toward a better land, on account of the daily loss of sleep; so we finally had the expert up again, and he ran a wire to the outside of the door, and placed a switch there, whereby Thomas, the butler, always made one little mistake – he switched the alarm off at night when he went to bed, and switched it on again at daybreak in the morning, just in time for the cook to open the kitchen door, and enable that gong to slam us across the house, sometimes breaking a window with one or the other of us. At the end of the week we recognized that this switch business was a delusion and a snare. We also discovered that a band of burglars had been lodging in the house the whole time –not exactly to steal, for there wasn’t much left now, but to hide from the police, for they were hot pressed, and they shrewdly judged that the detectives would never think of a tribe of burglars taking sanctuary in a house notoriously protected by the most imposing and elaborate burglar alarm in America.

Sent down for the expert again, and this time he struck a most dazzling idea – he fixed the thing so that opening the kitchen door would take off the alarm. It was a noble idea, and he charged accordingly. But you already foresee the result. I switched on the alarm every night at bedtime, no longer trusting Thomas’s frail memory; and as soon as the lights were out the burglars walked in at the kitchen door, this taking the alarm off without waiting for the cook to do it in the morning. You see how aggravatingly we were situated. For months we couldn’t have any company. Not a spare bed in the house; all occupied by burglars.

Finally, I got up a cure of my own. The expert answered the call, and ran another ground wire to the stable, and established a switch there, so that the coachman could put on and take off the alarm. That worked first rate, and a season of peace ensued, during which we go to inviting company once more and enjoying life.

But by and by the irrepressible alarm invented a new kink.