You are here: Home \ Editorial \ A Brief History Lesson
Editorial
0

You have chosen to earn your living at least partially, by providing reliable, practical security solutions for homes and/or businesses. “One would think there is an argument that you are motivated not only by profit, but also by the rather noble cause of making the communities you serve safer and more secure – and to [...]
Written by: CSI Magazine 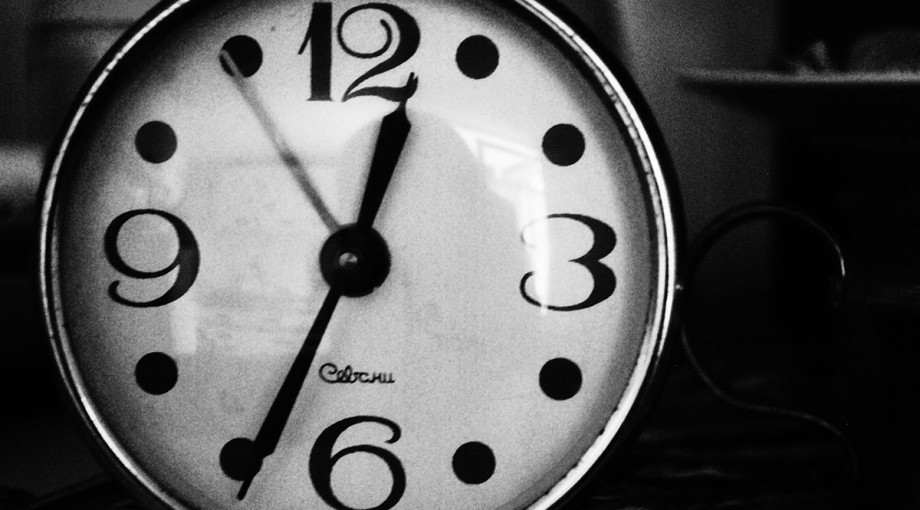 You have chosen to earn your living at least partially, by providing reliable, practical security solutions for homes and/or businesses.

“One would think there is an argument that you are motivated not only by profit, but also by the rather noble cause of making the communities you serve safer and more secure – and to provide a level of peace-of-mind for your customers.”

Many people think of the electronic security industry as a relatively recent phenomenon. In fact, the use of electricity as a means of detection and notification of what we might call an alarm situation is considerably older than the telephone – and if you remove electricity from the equation, the industry is many centuries old.

By definition, an alarm system is meant to detect an event that occurs when a premise is unoccupied or when its occupants are committed to pursuits other than safety and security. Once an alarm occurs, it becomes necessary to warn occupants who may be in danger, and to summon help in order to minimize the effects of the event.

By that definition, our industry goes back to the times of the ancient Greeks and Romans who used geese to guard important sites. When an intruder showed his presence, the geese became quite aggressive and the noise associated with their aggression summoned help –not always before the bad guy learned just how hostile they could be!

Interestingly, records indicate that the ancient Greeks also developed a prototype of the modern fire extinguisher and pump! And geese, we are told, are still used to some extent to help protect some distilleries in Scotland and Ireland.

In a manner of speaking, these geese could be considered the forerunners of today’s guard dogs – although there are those who would suggest that wearing your new shoes when arriving after the dogs, or the geese, had free run over a long weekend was not a good idea.

The 19th century, however, was a time of significant innovation. Perhaps the most exciting development was the discovery of electricity (or perhaps more correctly the ability to harness it for our use). Soon after the concept of stringing wires to send electricity into distant places, came the development of the telegraph. Now messages could be transmitted to places far and wide!

In 1839, William F. Channing, a Harvard University student, proposed that the telegraph be used to transmit fire alarms. By 1844 Samuel Morse had established the first fire alarm telegraph system between Baltimore and Washington, D.C. These manually operated systems were later replaced by automated ones.

The electric burglar alarm system owes its start to the inventive genius of Augustus R. Pope and the business acumen of Edwin Holmes who founded the company known as Holmes Protective, Inc.

Transmitting devices were installed at major intersections, particularly in large cities. Using them, residents from the area could request service from police, fire or ambulance services. They could also often order a taxi, doctor or ice delivery and other services. Signals arrived at the telegraph monitoring station in the form of a ticker tape. The location of the sender was identified by a code unique to each site, and the type of service required was defined by the number of “rounds” (how many repeats) were received. Fire alarms – considered the most important – sent only one round, thus ensuring the fastest possible response. Requests for ambulance services sent two rounds, demands for police response sent three rounds, and so on. When a signal was received at the telegraph monitoring station, a runner was dispatched. The runner rode his bicycle to the location of the required service department to advise them of the request for service (remember, the telephone had not yet been invented).

By the turn of the 20th century there were 5 major players in this burgeoning business field. Some of the names are still around today. These industry leaders were Holmes, American District Telegraph (can you say ADT?), Grinnel Corporation, Automatic Fire Alarm and the similarly named Automatic Fire Protection.

World War II sparked more innovation in electric technology and the period following the war saw a building boom that was unprecedented. Modern cities expanded. Suburbia became the desired place to be. New shops, hospitals, schools and other amenities sprouted up like weeds.

Companies like those previously mentioned strung wires throughout these growing cities. As a matter of fact, alarm companies employed linemen in cities throughout Canada until the 1960s and early ‘70s, when the switch was made to lines that were leased from the local telephone companies.

But suburbia posed significant problems. The technology of the day limited the ability to transmit signals as cities spread out. The cost, first to string their own telegraph lines, and later to “lease” lines from their telco providers was a major consideration, as was the reduced quality of the signal due to deterioration caused by long distances.

It is interesting to note the continuation of the tradition of signal prioritization in the world of digital dialers that arrived in common use in the 1980s. Before the advent of more sophisticated transmission formats like SIA or Contact ID, signals used formats referred to firstly as 3/1 and later 4/2. 3/1 formats identified the location of the transmitter by means of the 3-digit code and the single digit that followed identified the type of alarm – usually a “1” for fire, “2” for ambulance, “3” for police and so on. Sound familiar? When 4/2 formats became the norm, the vast majority of monitoring stations and installers stuck with the same arrangement. The 4-digit site identifier was followed by a 2-digit alarm code – usually a “11” meant fire alarm from Zone 1, “12” was fire alarm Zone 2 etc. Similarly, “21” meant a medical emergency from either Zone1 or the keypad panic button (this was also, of course, substituted for a “panic” or “hold-up” signal) and once again relegated to third place, “31” a burglar alarm from Zone 1, “32” burglary, Zone 2 etc.

Of course like all things electronic, the life expectancy of any new technology is limited. Within a relatively few years after the introduction of digital communicators and receivers, we were introduced to cellular network transmissions – and even that technology has already undergone at least two significant upgrades! The use of the Internet for signal transmission is now commonplace – and no doubt will become more and more popular in the years ahead.

Who knows what will come next? But what’s really important is the realization that our industry will embrace the changes as they occur – and will once again demonstrate a willingness to do whatever it takes to contribute to the safety and security of communities in which we live and the citizens who live there.

BE PROUD! You have chosen to be part of an industry with a long and storied history of contribution to society. And you have chosen to do so as a private entrepreneur, without prodding by (and despite what some might call interference from) any level of government. 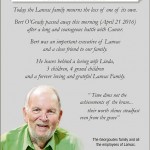